How to Be Invincible in Life – A Stoic Guide on Indifference 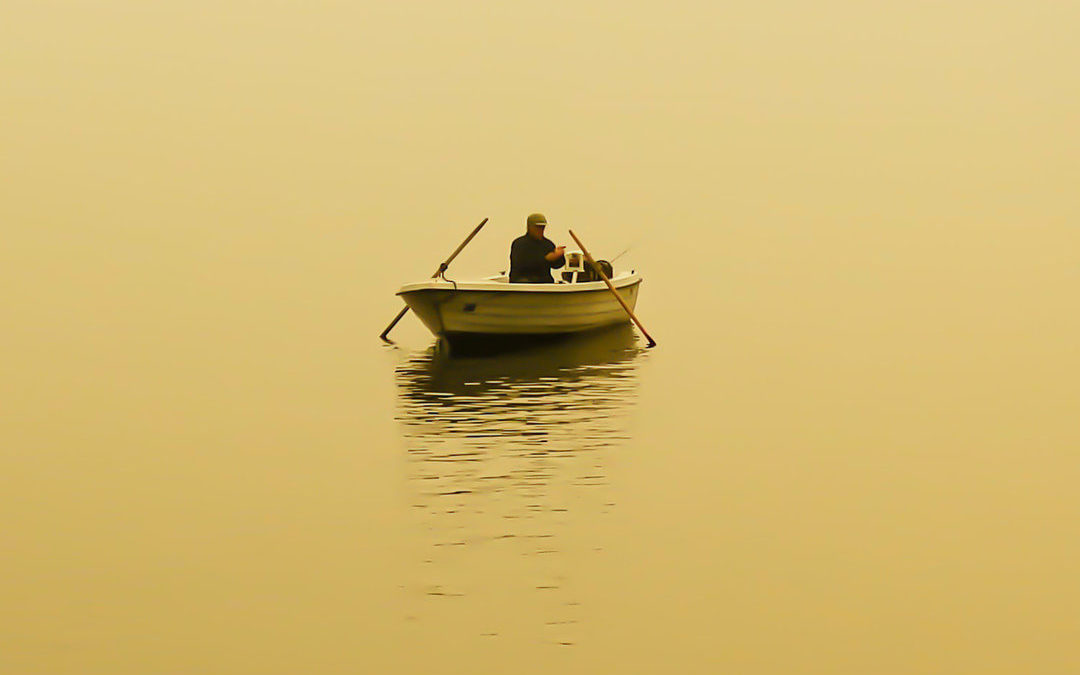 Life is a constant struggle. Sometimes things are easy, sometimes not so much.

But one thing is for sure, whether you make the most out of life is mostly dependent on how you react to tough situations.

You can get upset, panic, let it break you down, or you can be indifferent and unfazed.

The more you are able to be unfazed by life’s challenges, the more you will get out of it. So let’s dive into how you can use Stoic indifference to become invincible to life’s adversities.

What Is Stoic Indifference? The Stoics had a value judgment system with three categories:

Virtue and vice are pretty self-explanatory; they are based on your own thoughts and actions.

Everything outside of your control, on the other hand, is indifferent.

Everything that happens is neither objectively good or objectively bad, it is your judgment of the event that paints it good or bad.

One example that’s used a lot to argue against Stoic indifference is cancer. Surely cancer is bad, right?

Let’s say that two different people got cancer, and both survived after a couple of months of treatment.

After they both recovered, one of them says, “Getting cancer was the worst thing that happened to me! The chemo was painful, and I’m so unlucky to have had cancer!”

The other person says, “Cancer was the best thing that happened to me! It was a reminder for me to stop focusing on the pointless things in life and focus on the things that truly matter. The chemo was painful, but it has made me a more resilient person and given me a new-found appreciation for my health. I’m so lucky to have had cancer!”

Are either of the two examples above unrealistic? Not at all.

So how come the same event can be viewed by one person as bad, and the other as good? The only explanation is that the event itself is indifferent, neutral. Whether they are good or bad is completely subjective.

Let’s say that one or both of them passed away from cancer instead. Then the question becomes: is death bad?

Once again, not objectively.

The general opinion is that death is bad because you don’t get to exist anymore. But anyone who’s really thought about death will realize that it is what gives meaning to life. Without death, there is no reason to do anything because there is always a tomorrow.

Therefore, is cancer bad? Only if you decide it is. The same applies to all things in life.

Indifferent vs. Not Caring

Being indifferent doesn’t mean you have to not care about anything; it just means you should accept whatever happens and see it as a good thing as much as you can.

We are not in control of the outcome of any event, we can try our best to influence it, but it’s ultimately not something that can be controlled.

This is why the Stoics also had the concept of preferred indifferent; things such as health, wealth, beauty are preferred. Things such as death, disease, suffering, poverty, are not preferred. But when anything happens that is not preferred, it does not bother the ideal Stoic.

“To bear trials with a calm mind robs misfortue of its strength and burden.” – Seneca

A great example of this would be the story of how Stoicism came to be. The founder of Stoicism, Zeno of Citium, was once a wealthy dye merchant. Zeno was transporting an expensive shipment of royal purple dye when he suffered shipwreck. All the dye was lost, and Zeno lost all his wealth.

As a homeless man with not a dime to his name in a foreign city, Zeno wandered into a book store. In there, he discovered Xenophon’s Memorabilia, a book on Socratic philosophy. This led him down the path of philosophy and eventually creating Stoicism.

“I made a prosperous voyage when I suffered shipwreck” – Zeno

Do you think Zeno wanted a shipwreck to happen and lose all of his fortunes? Certainly not, but Zeno made the most out of what happened.

This is precisely what preferred and dispreferred indifferent is; you can prefer to hit the target, but once you let go of the arrow, it is out of your control. If it hits, great, if it doesn’t, that’s ok too. The only thing that matters is what you do before letting go of the arrow and what you do after it lands.

How to Use Stoic Indifference Understanding the concept of Stoic Indifference doesn’t make it easy to apply it to your life, so here are some tactics to help you use Stoic indifference.

As humans, we have a natural tendency to complain. However, complaining actually changes the way you think.

Most of us have a habit of complaining about anything we don’t like. And the result of that is we automatically see things in a negative light before we can even think about being indifferent.

This might not sound like a big deal because everybody does it, but any linguist or neuroscientist would tell you that using negative language makes you think negatively, which makes you a more negative person.

So if you wish to use Stoic indifference, the first thing you must do is to stop complaining.

On top of that, the language you use in general also influences the way you think. So another way to become indifferent to external events is to use objective language.

For example, instead of, “That son of a bitch gave me the wrong coffee!”

You can say, “This is not the coffee I ordered, It is probably an honest mistake. Getting upset by it benefits no one.”

Once you use objective language to describe a situation, it will become easy to be indifferent to it. This applies to anything big or small. Even if you are facing a crisis.

Once you are able to become indifferent to something, the next step is to be able to see it as a good thing.

For most events, it’s possible to see it in a positive light. For example, if you planned to go out and it started raining, you can see it as an opportunity to catch up on your reading list or spend more time working on a new skill.

But sometimes it’s hard to put a positive spin on things. For example, you’re already outside, and it starts pouring.

At the very least, you can be grateful for it as it allows you to practice being indifferent, which in doing so, you have made the fact that you are cold and soaking wet a good thing.

On top of that, to use rain as a metaphor for adversities in life, the more you stand in the rain, the more you get used to it. The next time it rains, you will be unfazed by it. Voluntary discomfort can also help in this regard.

Therefore, anything that is traditionally considered ‘bad’ is an opportunity for gratitude and virtue. You simply have to have the right perspective.

So next time something ‘bad’ happens to you, don’t see it as a bad thing. Use the power of Stoic indifference to make it a good thing. You will be unfazed by events that make most people panic, and you could even be grateful for it.

Remember, it’s not the event that upsets you, but rather your judgment of the event.

If you wish to become truly invincible to life’s adversities, check out our free 7 Stoic Exercises Guide:

A Stoic Guide on How to Embrace a Crisis

How Voluntary Discomfort Can Change Your Life

How Negative Visualization Can Change Your Life (Premeditatio Malorum)

The Striking Similarities Between Stoicism and Buddhism | The Stoic Sage

[…] external things are indifferent to Stoics, that’s not to say that the Stoics don’t care about anything, but instead, they accept […]

[…] that we’ve established Stoic indifference, let’s see how you can turn a ‘bad’ situation into a ‘good’ one in […]

A Stoic Guide on How to Embrace a Crisis | Syndication Cloud

[…] that we’ve established Stoic indifference, let’s see how you can turn a ‘bad’ situation into a ‘good’ one in your […]

[…] If you wish to learn more about how you can use Stoicism to deal with pain and hardship, check out this article. […]