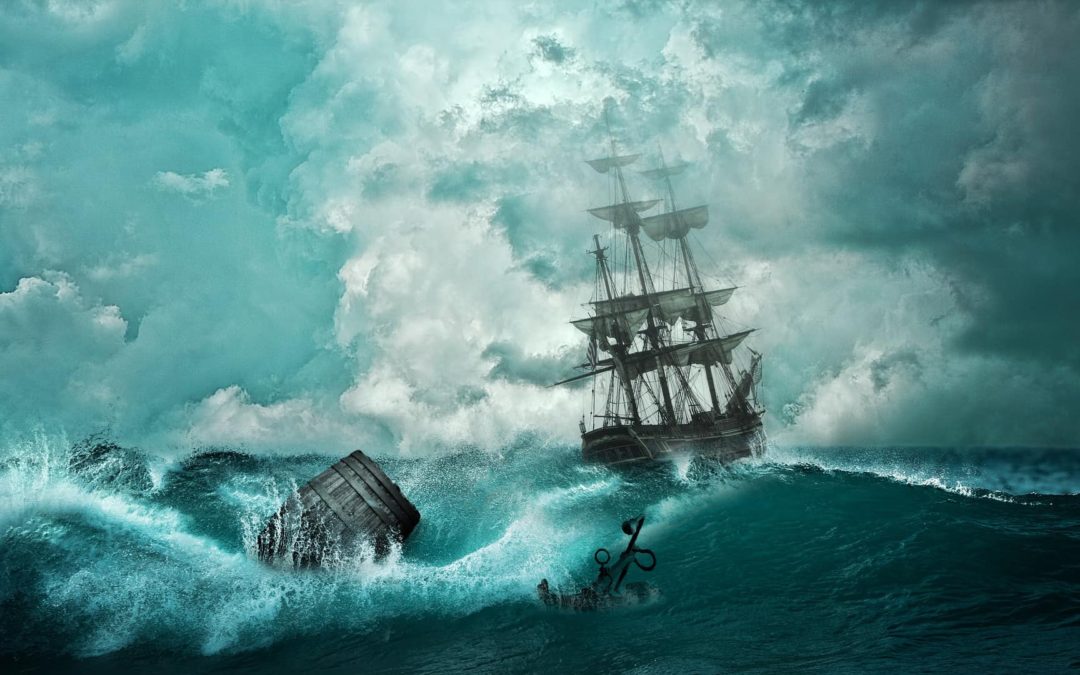 Truth be told, that sounds about right.

Personally, I can attribute 95% percent of problems in my life to procrastination. I’m sure if you are reading this article, you can relate to this.

So how does one beat procrastination? I. Fight with your back against the river.

“I judge you unfortunate because you have never lived through misfortune. You have passed through life without an opponent – no one can ever know what you are capable of, not even you.” – Seneca

Procrastination, not surprisingly, is a first-world problem.

People who grew up in poverty, rarely procrastinate. Because they understand the value of getting things done, they know what it was like to have to work hard because it’s their only option.

But many of us have “never lived through misfortune.” Thus we’ve never had the urgency to work hard because it’s never been a necessity.

Therefore, sometimes we must create a sense of urgency for ourselves to realize our full potential for productivity.

As the Chinese idiom goes, “One must burn one’s boat and cut off all means of retreat in order to fight with all their fury. Put their back against the river, and your army will fight a thousand times harder.”

If you’ve ever procrastinated, you know the only way to get out of it is when the deadline approaches. Then all of a sudden, you are able to conjure up an incredible amount of focus and energy to complete the task.

Thus, to fully tap into your human potential, make it your only option.

If you have a task that doesn’t have a deadline, or that the deadline is far into the future, create one.

Create a deadline for yourself, one that comes with consequences if you don’t fulfill it.

One way you can do it is to have your friend hold you accountable. Tell them that if you don’t accomplish something before a specific date, you will have to pay them.

Make it so there is no room for cheating, make it so you can’t have any excuses.

Another way to do this is to use a goal tracking service that takes money from you if you don’t accomplish your goals.

Some of the most popular sites are Beeminder and Stickk.

Another useful way to think about procrastination is the concept of Low-Level Fun. Which was first introduced to me by Tomas Frank in one of his videos.

The idea of Low-Level Fun is that when you are procrastinating, the activities you are doing are often very ‘low-level.’ In my case, it’s often watching youtube videos. In your case, it could be a video game or scrolling through Reddit.

All you are doing is shuffling the order of events around, so you’re working first then playing. But the enjoyment of each action should be significantly greater.

Tim Urban has a great article on this concept, which he likes to call ‘the dark playground.’

III. Work One Second at a Time What are you experiencing right now?

The present, that’s what. You are always only experiencing the present. Your life is nothing but living one tiny moment at a time, one after the other.

Now ask yourself, will I be able to start work right now and work for only one minute?

The answer is probably yes. But if you are only experiencing a second at a time, then what difference does one minute and sixty minutes make?

Often the reason we procrastinate is that we don’t want to face the tedious work ahead of us. Understanding that to work for an extended period of time is not such a massive task but instead, it’s just to work for the one second that you are experiencing, over and over again; This makes the task less daunting.

Every procrastinator knows the hardest part about beating procrastination is to simply start the task.

Once you’ve started, the most challenging milestone has been passed. You just need to start.

Unfortunately, there is no magic formula that can make starting a task as easy as it should be. The only real way to make it easy to start a task is to form a habit of never procrastinating.

So how does one form such a habit?

Well, by not procrastinating more and more.

We have arrived at a chicken and egg problem. It’s difficult to stop procrastinating without forming a habit, but a habit cannot be formed without the continuous effort of not procrastinating.

Make achieving the most fundamental first step your goal. Even if it means opening up Word and typing just one word.

Once you’ve started, the advantage of being a procrastinator is that you will procrastinate on stopping.

The 5-second rule is a concept introduced by Mel Robbins in her book of the same name.

The rule is as simple as it sounds. When you have a task to do, count down from 5 seconds, and start the task.

You will never feel like doing it, and the more you wait, the harder it is to start. So the simplest way of overcoming this is to count to 5, and start. Don’t think about it, don’t think about anything, don’t let your brain override your intentions, just start. The Pomodoro technique is to change your mindset from an output-based system to an input-based one.

Output-based means to measure your productivity by the amount of work you achieve.

Input based means to measure your productivity by the amount of time you work for.

The Pomodoro technique is a way of breaking down your work time to manageable bite-size pieces. The idea is to work for some time, then rest for a short period, and continue the cycle x amount of times before having a longer break.

The most common way of doing the Pomodoro technique is to work for 25 minutes, then take a break for 5 minutes, which makes one Pomodoro. After 4 Pomodoros, take a 20 minutes break, then repeat the process. Another way of explaining procrastination is that our brains like to always take the path of least resistance.

If you have a PlayStation right in front of you or Youtube saved as one of your bookmarks in your web browser; Of cause you’re going to go for it instead of work, it’s just so much easier.

So another way to combat procrastinating is to design your environment so that it’s not so easy to procrastinate.

Identify the things that stop you from getting work done the most, and try to either eliminate it from your environment or make it more difficult to do.

For instance, put your Nintendo switch in a drawer and put each of the joy-cons in a different drawer, delete Youtube from your bookmarks, or turn your phone on do-not-disturb when you know you have work to do.

For those of us who are chronic procrastinators, we understand how difficult it is to combat it. Which is why we must do everything we can to gain an edge on our monkey brain.

But at the end of the day, as I can attest, these methods won’t last. Eventually, you will slip off.

The only real way to overcome procrastination is to try and build a sustainable habit before the novelty factor of these methods wears off.